The Christmas season is upon us and my husband said those words we wives most love to hear. “I know you want this so go pick one out for your Christmas present.” Wow! Carte blanche! So I went to the phone store and bought a Druid. Okay, okay, I can hear all of you saying the same thing my son-in-law did. “That’s not the way it’s pronounced.” But I’m not mispronouncing it, I’m talking about a real honest to goodness druid. I looked it up and the definition tells me it’s a member of an ancient priesthood of magicians and wizards. Probably not exactly what it said but close enough for me.

A magician or wizard, the druid, undoubtedly touched his wand to something and made it what it wasn’t to start with, or focused on something so hard it went up in flames or turned into something else or made it do something weird. So here’s the deal. I bought a cell phone, smart phone, something or other, called a Droid. I touch it and strange mysterious forms appear before me. I touch it again and it shows me some screen that actually talks to me in tongues. You know, some language known only to the druid hiding inside the little thin box with the window. There are mysterious rituals you need to know and it tells you what to do. Thing is there are those of us who don’t speak druid and after we read what it says to do we have no clue what he said.

Thankfully, I have family who know how to communicate with this strange little being and they can intercede for me. Soon, they expect me to be able to call and text them. They think it’s all electronic technology and stuff but I know better. It’s an ancient little druid in disguise and I own one. 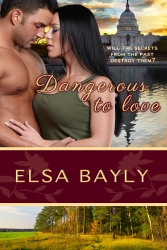